This is a big update that I've been working on and off of for the past several months. It's a relatively dramatic update that adds quite a few new things, including:

It's still a rather small game, but it's been filled out around the edges and I'm happy with the game being this small encapsulation of a mining game. There's a feature list I had written down with what else needs to be added, but before any of that happens I think I'll need to first increase the resolution from 64 x 64 to 640 x 360, which... is going to be a process. X_X

You are a subterranean ore digging cosmonaut. Dive deep into procedurally generated caves and mine rare minerals for cold hard cash you can spend on hot soft jet fuel (among other things!) So spelunk, upgrade, and find the fabled Atlas Globe!

Controls (they are explained in the game too):

Shift: Jump
Ctrl: Fire Mining Plasma Beam.
Spacebar: Use your Jetpack.
Hold R: Suicide and respawn back to your base.
The =/+ key will also bring you to windowed mode.
Escape key will take you back to the menu.

First hit L during your session, then hit these other keys for...:

Game and Music by Edward Ackerman

Update: I wanted to add a couple additional pieces of info, inspired by this game page.

Why did I made this game ?

This game is an amalgamation of various memories of playing old computer games. I've been futzing around with game design for the past couple years, and stumbling upon the game jam page I thought to myself "Yeah, I'll participate!" I've made games in the past. Well, far past. But this has to be the first game I've finished in a decade, probably the first I've done with all original content (aside from the SFX provided by Sonniss.)

This game jam has been wonderful to be honest. It feels great to finish something and all the positive comments have been extremely encouraging. 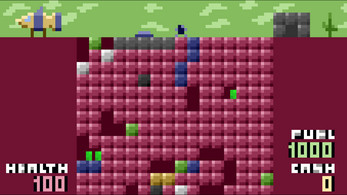 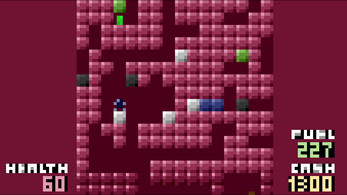 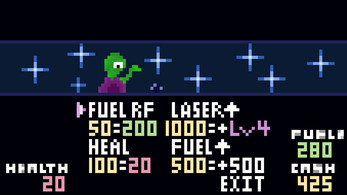 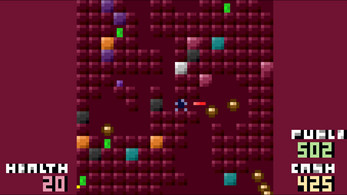